In the light of the announcement by the Prime Minister of the new national lockdown, and of schools moving to home learning until February half term, the College has taken the decision to move its Entrance Exam for September 2021 entry online.

The exams will take place between 9.00am and 12.00 noon on Saturday 23 January, with adjustments for those with agreed access arrangements. Parents will be asked to register their child at 8.50am and verify at the end that their child has completed the work on their own, without any assistance.

The Entrance Exam will comprise of three tests of 45 minutes each, English Comprehension, Mathematics and a Free Writing paper with short breaks in between.  After a brief live welcome from the Headmaster, parents will be emailed links to the tests over the course of the morning and children will complete the tasks and submit their responses online within a given timeframe.

In order to complete the tests at home children will need an internet enabled device and to be able to receive and send emails. More detailed instructions will be provided nearer the day.

Music Scholarship auditions will also take place in an online format during week commencing 18 January and an online Art Scholarship exam will be scheduled for Wednesday 20 January.

Invitations to Academic and All-Rounder Scholarships interviews will be made to selected candidates following the meeting of the Admissions Panel.

This change of plan comes at relatively short notice, but the College believes that this new approach combined with the reference from children’s current school will be the fairest way forward for all candidates in the current circumstances.

Parents who have questions or need further information can contact our Admissions Team on 01926 634201/262/297 or email admissions@princethorpe.co.uk

Congratulations to Old Princethorpian, Bethan Ellis (Class of 2017), who, just before Christmas, became one of the first female players to sign a full-time professional domestic cricket contract.

In 2019 she helped the Birmingham Bears, Warwickshire’s T20 women’s team, win the T20 Vitality Cup and last summer Bethan was selected to play for Loughborough Lightnings in their 15-man squad for the Rachel Heyhoe Flint Trophy.

Bethan is also a qualified coach working as an assistant coach for Warwickshire U13 girls and with the Complete Cricket company.

Whilst at Princethorpe, Bethan was a regular player for the College teams and captained the Boys 1st XI cricket team, the first girl to do so in the school's history, her dedication to school sport was exemplary and she was a role model to all within the Foundation.

Bethan has signed with Lightning Cricket the East Midlands-based team in the new Women's Elite Domestic Cricket Structure. Her signing will provide Bethan with the opportunity to train and work on her skills full-time and give her access to some of the best coaching and training facilities in the UK.

A huge well done to Bethan from us all here at Princethorpe, we were delighted to hear of your success. 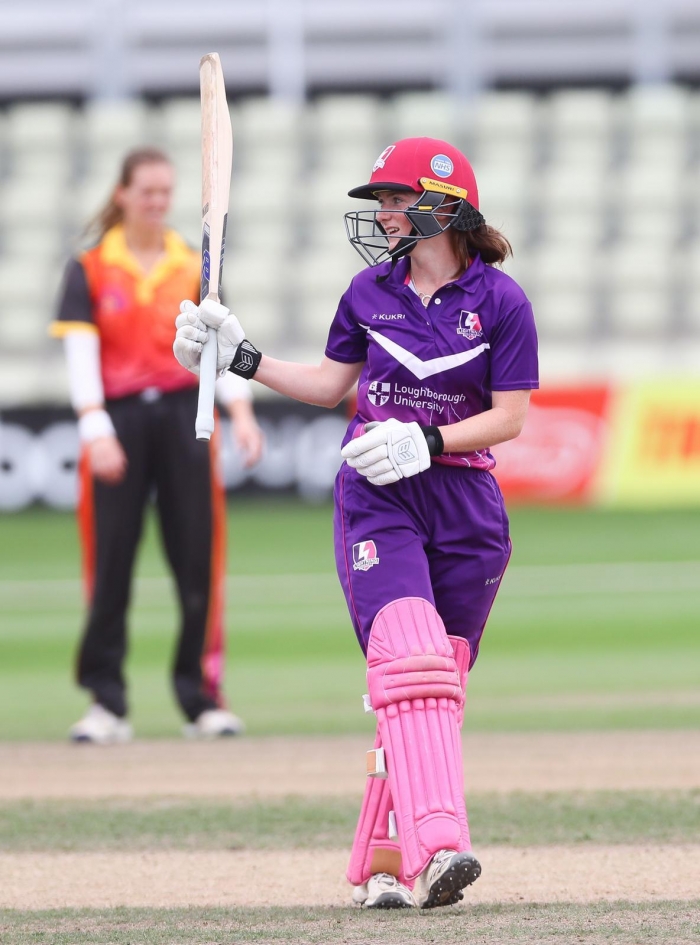 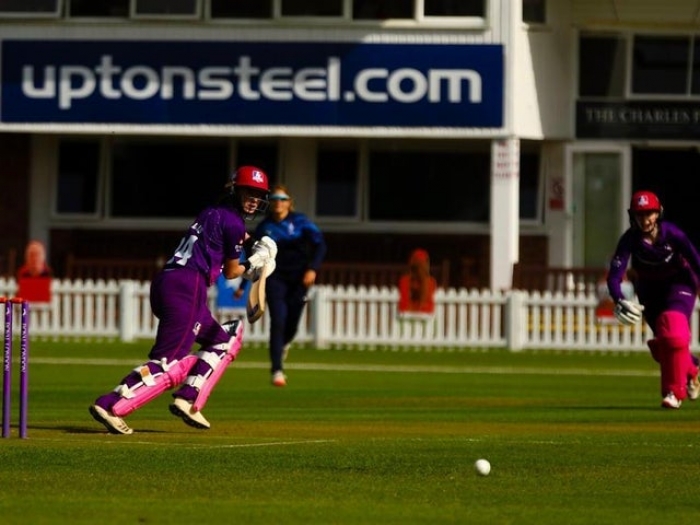 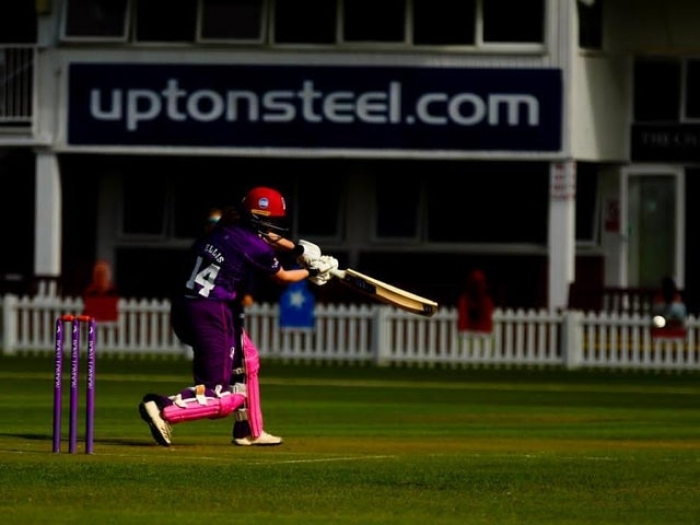 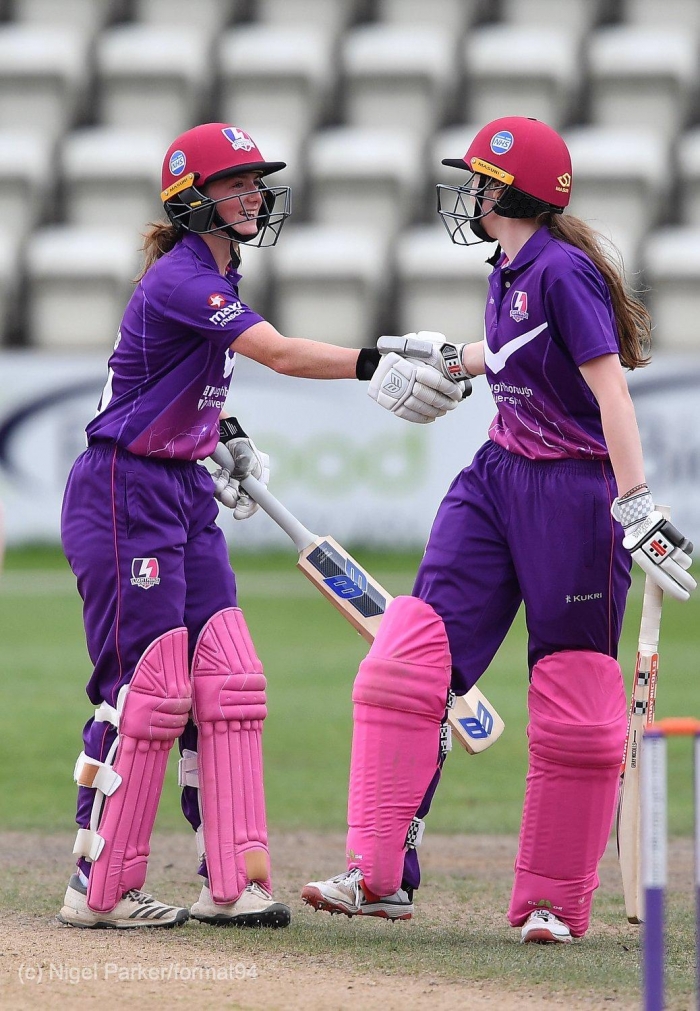 As an affiliated Arkwright School, Princethorpe College is committed to inspiring future leaders in Engineering and Technical Design. Applications for the 2021 scheme close shortly and the College is once again delighted to be supporting a number of pupils to prepare.

Arkwright Engineering Scholarships are offered by The Smallpeice Trust, the UK’s leading STEM Education Charity, they are the most prestigious scholarships of their type in the UK. They are awarded to high-calibre Year 11 pupils through a rigorous selection process. The scholarships identify, inspire and nurture exceptional pupils in Engineering, Computing and Technical Design.

Last year two pupils, Stan Brocklebank and Carys Burchell, were awarded a scholarship, and received a financial award and the support of a mentor to work with them throughout their time in Sixth Form. They will also have the opportunity to attend courses and events for Arkwright Scholars and be ideally positioned to pursue Engineering, Computing or Technical Design at university, or through a higher-level apprenticeship, and then to pursue careers in the engineering field.

Head of Design and Technology, Paul Scopes, comments, “Arkwright Scholarships are highly sought after as they provide exceptional support.  Pupils who successfully obtain an award have access to unparalleled opportunities. We have identified a small number of current Year 11 pupils who we believe have the skills and attitude to be successful in the scheme and we are helping them prepare their applications. We wish them all the very best of luck as they make their way through the five-stage application process.”

The College Careers Fair will be held on the morning of Saturday 20 March. The Fair is open to Year 10 to Sixth Form pupils and their parents. It will provide a ‘one stop careers shop’ with a wide range of speakers and organisations on hand to offer advice and guidance on careers, universities, apprenticeships, internships and gap year options.

This year the event will take place virtually from 9.30am to 12.30pm and, as before, will include a keynote speaker and career path workshops with presentations and Q and A sessions from parents and Old Princethorpians. Attendees will be able to attend up to three workshops depending on their personal interests.

Comments, Jacqui Quinney, Head of Careers, “This is a really key event for our senior pupils. It will provide important information and advice to help them develop their career choices. Please do make a note of the date now, so as to not miss out on this very valuable opportunity.”

Registrations for the event will open in February.

Congratulations to Year 7 pupil, Alexa Holland, who back before Christmas achieved a 'Highly Commended' in the Connected Creatives 500 Word Malala Yousafzai writing competition with her thought-provoking entry Who Am I?

Connected Creatives is an educational online platform that supports and encourages creative expression. It helps pupils to find their creative voice and improves literacy while allowing them to share their work with teachers, family and peers.

Pupils were encouraged to submit a creative writing piece into their national competition that launched back in September on International Literacy Day.  Entries closed in mid-November and in early December Alexa received the exciting news that her story had been awarded a ‘Highly Commended’.

Nicola Borman, Teacher of English, said, "It was great to see several Princethorpe entries across the year groups, with pupils enjoying the freedom of having no limitations on genre, topic and form.  We will shortly be awarding internal prizes and certificates, and are very proud of Alexa for gaining a Highly Commended in the national competition."

It was a fantastic result and very well deserved too. You can read Alexa’s excellent entry here.

Following on from the Year 11 Academic Reviews, we would like to remind Year 11 pupils and parents of the Sixth Form Scholarship process for September 2021 for internal candidates.

All of our Year 11s are able to apply for Sixth Form Scholarships - Academic, Art, Music, Drama and Sport. To do so they must complete a Sixth Form Scholarship Application Form and write a 'personal statement' outlining their achievements to date and why they feel they would make an excellent candidate for the scholarship (maximum 500 words).

Those pupils who currently have a scholarship, will normally retain their award for Sixth Form, but must also complete a Sixth Form Scholarship Application Form to re-apply for the scholarship.

The deadline for internal Sixth Form Scholarship applications is now Monday 8 February 2021, due to the changed timings of the mocks, mock reports and Year 11 Parents' Evening. Applications should be marked for the attention of the Registrar, Mrs Vanessa Rooney.

Depending on the scholarship, prospective award holders may be interviewed and/or take part in a scholarship assessment in March.

Details of any awards will be confirmed when the Sixth Form Offer letters are sent out in writing during week commencing Monday 22 March 2021. Some awards may be dependent on final GCSE grades.

The criteria for each of the scholarships can be found on our website here. It is essential that pupils and parents look through this in detail before making an application. Sixth Form Application Forms for current award holders can be found here, and for new applicants can be found here.

We hope that this will be another motivational factor for our Year 11s as they focus on their studies and revision in the build up to the exam season.

There are just a few 2021 College Calendars remaining so if you didn't receive one as a Christmas present then you still have time to order yours now.

Featuring 12 superb images of the College and its grounds, the calendar is a celebration of the wonderful scenery and countryside that surrounds us here at Princethorpe.

Capturing the College and Tower through the changing seasons, and including key dates from across the school year it is sure to be a handy addition for any kitchen or office.

The 2021 Calendar is priced just £5 and can be ordered online at https://connect.princethorpe.co.uk/shop 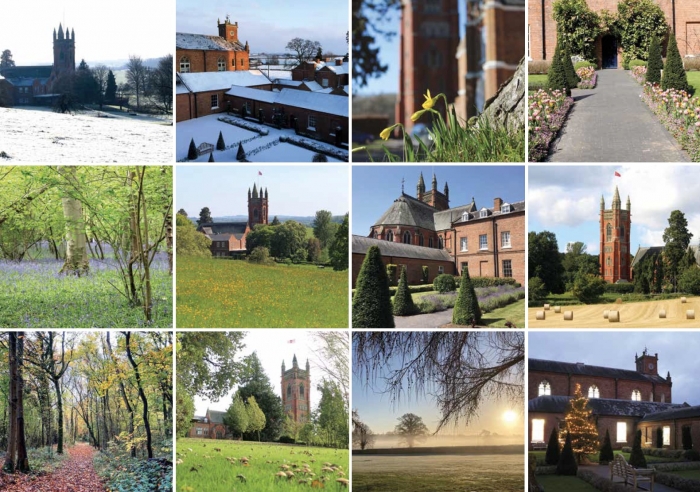