Its Back To School In Style For OP Nigel Bromley

Old Princethorpian and former parent, Nigel Bromley returned to Princethorpe this week (on Monday 7 September) to reaffirm his long-standing connections to the school. Pictured here with Assistant Head, Alex Darkes, a fellow self-confessed ‘petrolhead’, and his one-time Form Tutor and Physics Teacher, Nigel brought with him a very special car.

The immaculate Voodoo Blue Lotus Evora GT410 Sport drew many admiring glances as it roared up the College drive.

Nigel, who still lives locally, landed his dream job as Head of Brand Marketing at Lotus Cars in January this year. A role that combines his love of all things ‘motor’ with over two decades of experience in the automotive and creative industries. He attended Princethorpe College back in the eighties and credits the school’s formative role in developing the skills and interests that led him to a career in the demanding world of advertising and design.

He enjoyed his time at Princethorpe so much that he chose to send his daughter, Grace, to the school and over the years has contributed to the Princethorpe community in many different ways. Whether leading sessions at the College’s Careers Fair, supporting the schools Bursary Fund activities or just taking part in the school’s annual Motoring Festival, Nigel has always kept his old school close to his heart.

Comments Nigel, “My time at Princethorpe was hugely influential, the ideas, the energy, the empathy that my teachers taught me, were the stepping stones to my career today. They are the backbone of the Princethorpe community and why I love coming back and am always delighted to be able to support the College.”

Nigel is just one of many connections the College has to the car industry, situated as it is right in the heartlands of the UK automotive industry. Earlier this year we welcomed former parent and CEO at Lotus Cars, Phil Popham, alongside world-famous British Jaguar car designer, Ian Callum CBE, to the school to meet with Design and Technology pupils.

Another Lotus connection is former Managing Director Derek Waelend whose sons, James and Mark, were pupils at Princethorpe College in the nineteen-nineties.

Other notable automotive industry names include former parent, Mike Loasby, who was Director of Product Engineering at DeLorean in Northern Ireland, his two sons, Jonathan and Simon also attended the College until the mid-nineteen-eighties. Simon has followed in his father’s automotive footsteps and is now Head of Hyundai Styling Group, based in this country.

Many current parents continue to work within the automotive industry today and the College also supports industry initiatives, including hosting the regional heat of the Jaguar Primary School Challenge, working with local schools to inspire the next generation of engineers.

Alex was delighted to welcome his former pupil and fellow ‘motor’ enthusiast back to school and even more so to have the opportunity to sit in the Lotus Evora. He commented, “Many thanks to Nigel for bringing the Lotus in today. It was a real treat and it was great to catch up and swap stories. His appointment at Lotus is well deserved, it is always inspiring for us to hear of our pupils’ successes, even though he still owes me some Physics homework from 1982!” 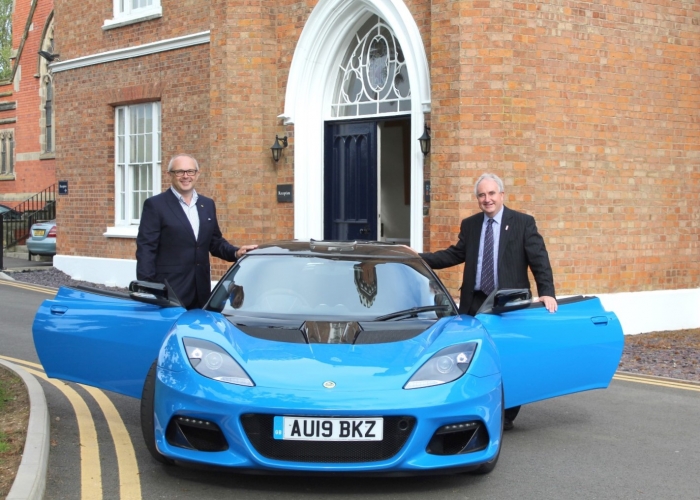 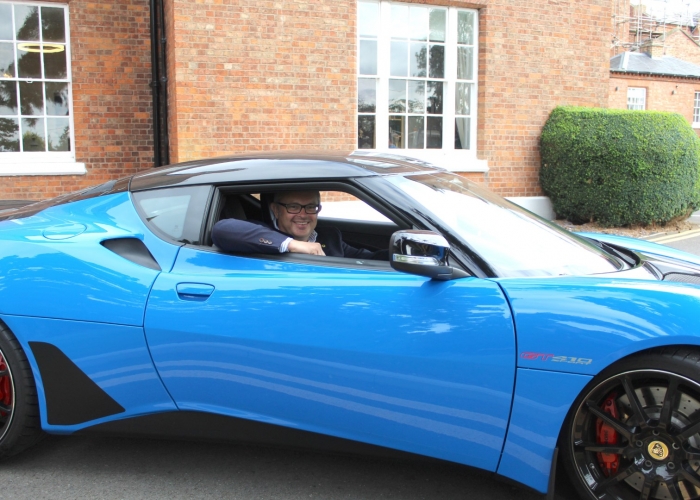 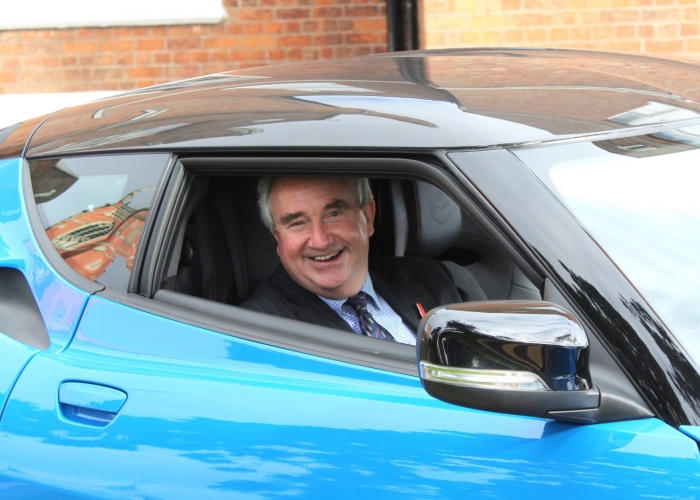 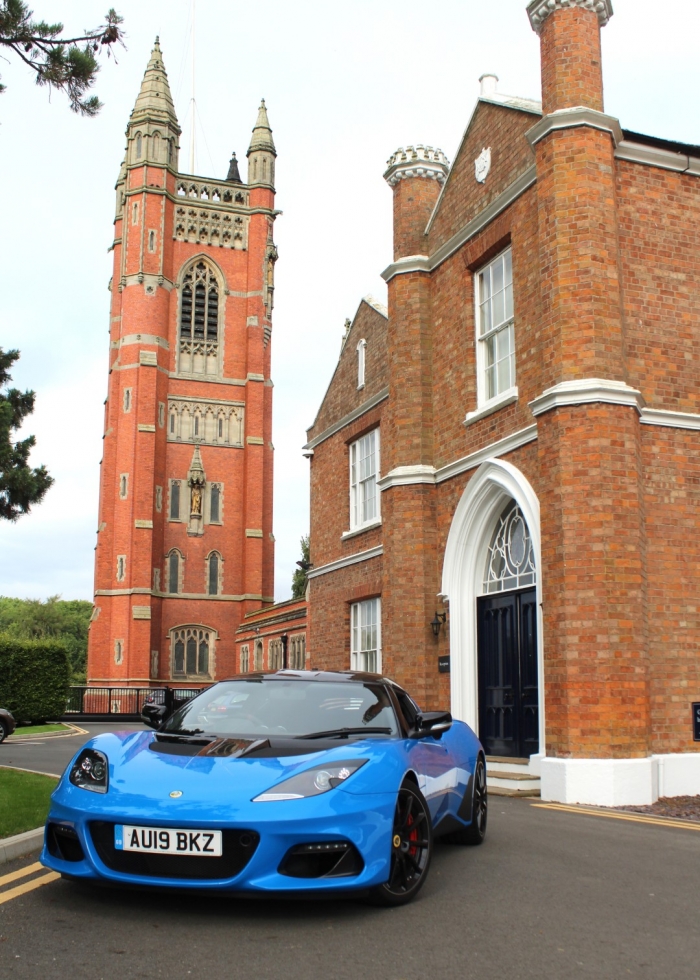 Playing at the Nottingham Hockey Centre the Rugby and East Warwickshire team beat Bury St. Edmonds U18 Girls claiming victory with a resounding 11-1 win. In a slick, tight game they dominated the match that was played behind closed doors following government social distancing guidelines.

It was a great weekend for Rugby and East Warwickshire Hockey Club, with the U18 Boys also being crowned Tier 3 National Champions too. They beat Slough Hockey Club earlier in the day, and the team included Will Cooper-Harris who has just completed his A-levels here at Princethorpe and is working at the College as a Teaching Assistant this year.

Huge congratulations to all - we were delighted to hear of your success! 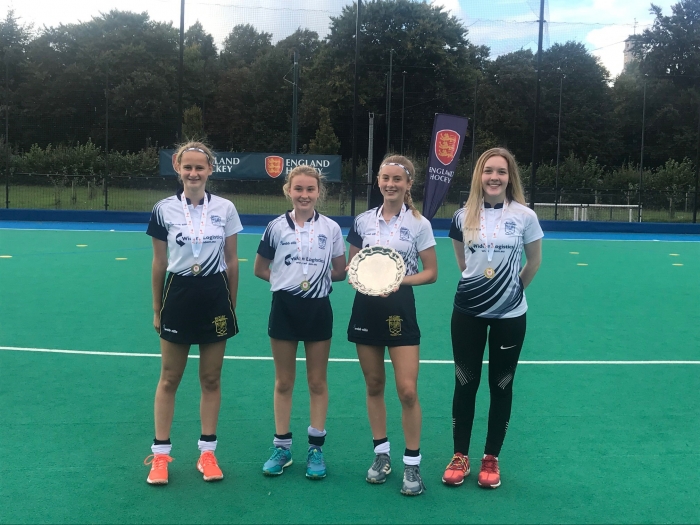 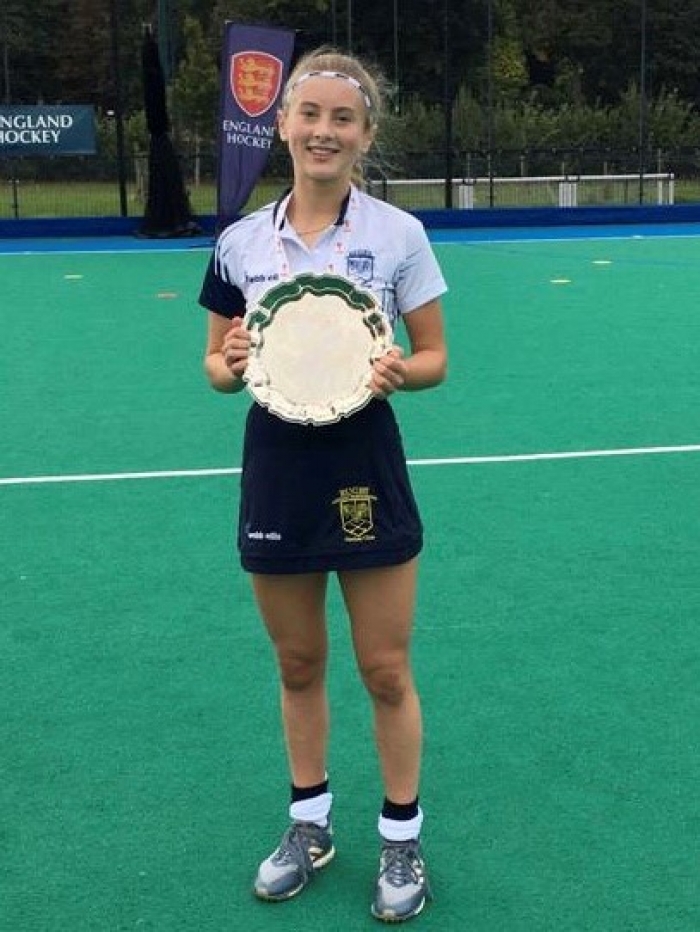 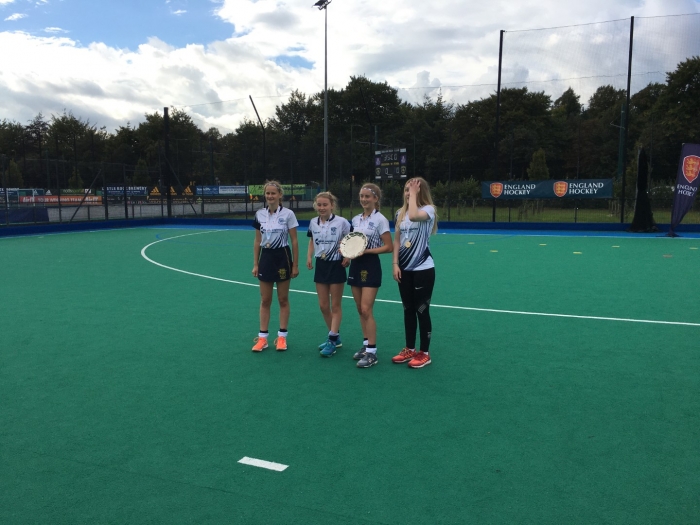 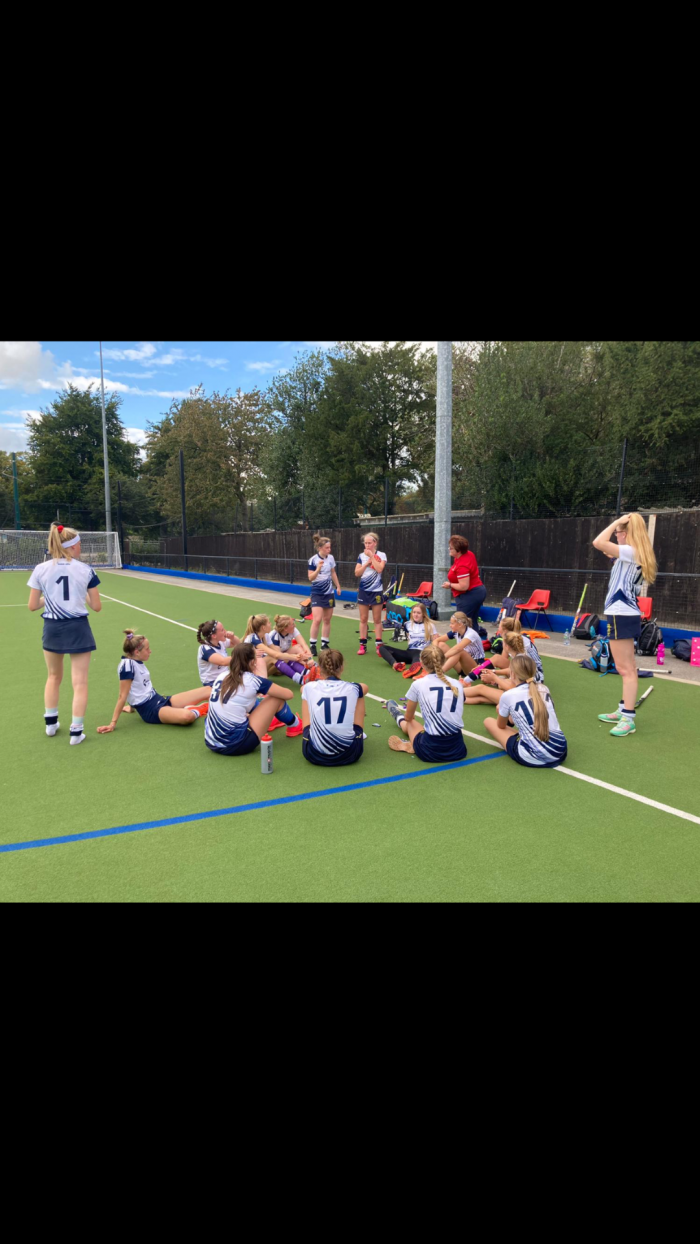 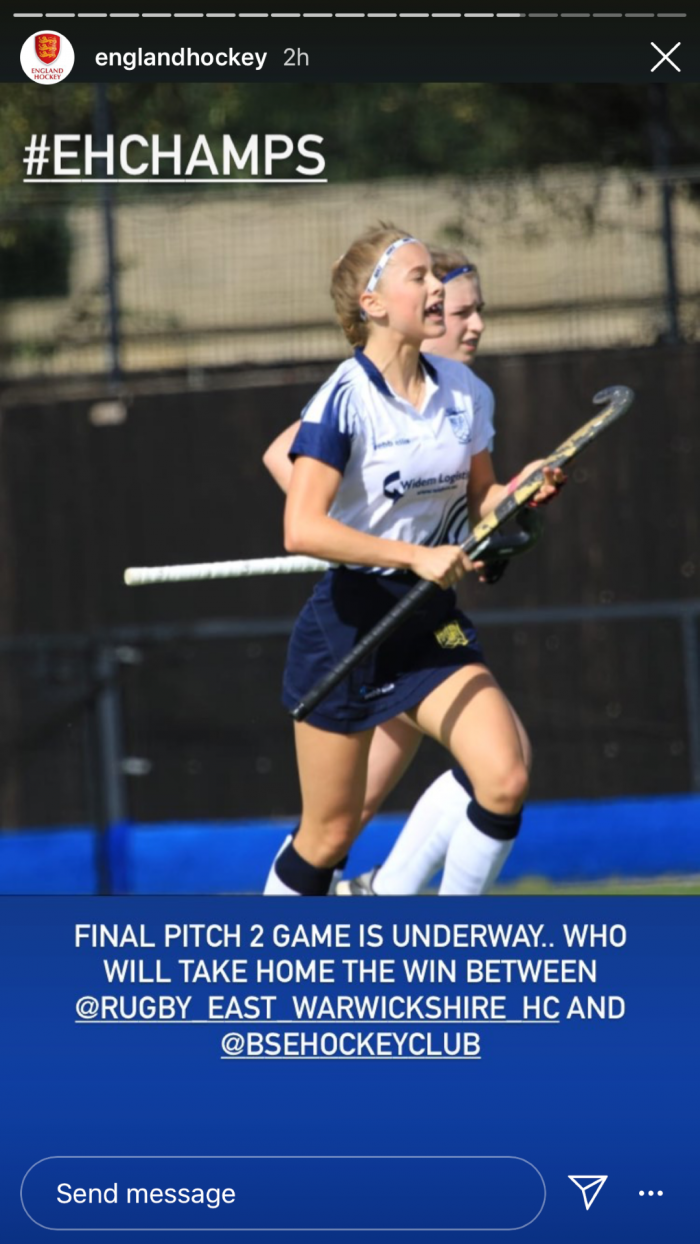 Huge congratulations to Freddie Draper, 2020 Year 11 Leaver, who has just signed for Lincoln City FC. Freddie has been awarded a place on the Youth Team’s scholarship scheme and will spend the next two years combining professional training with Lincoln City while studying for a BTEC Level 3 in Sport.

Freddie trained with a number of professional clubs’ academies whilst attending Princethorpe College, including Coventry City and Derby County, managing the requirements of football training alongside his school studies. A great all-round sportsman, he was a committed first team player always finding the time to attend school training and represent the College in school fixtures.

Assistant Head Co-Curricular, Neil McCollin, said, “Freddie’s steadfast approach to securing a professional training placement echoes the determination and grit he consistently showed in his school life, he epitomised the school’s philosophy to do your best, not only out on the sports field but also in his studies. He received the College’s Senior Sports Boy of the Year Award for 2020 and then last month Freddie celebrated excellent GCSE results. We were really delighted to hear of this latest success.”

And perhaps the icing on the cake for Freddie came last week, when he played his old team Derby County, scoring twice and helping Lincoln City Youth Team to a super 3-2 win.

Well done Freddie, we wish you every success. 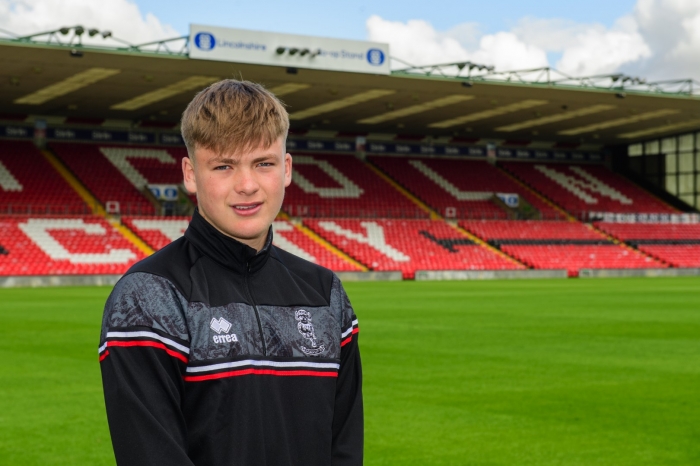 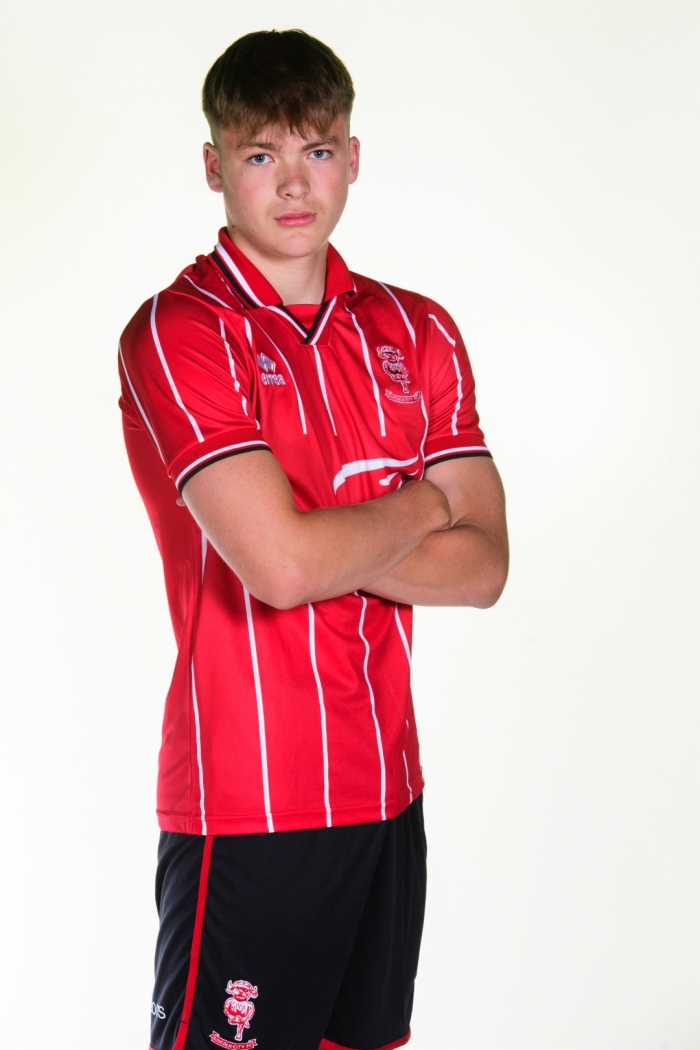 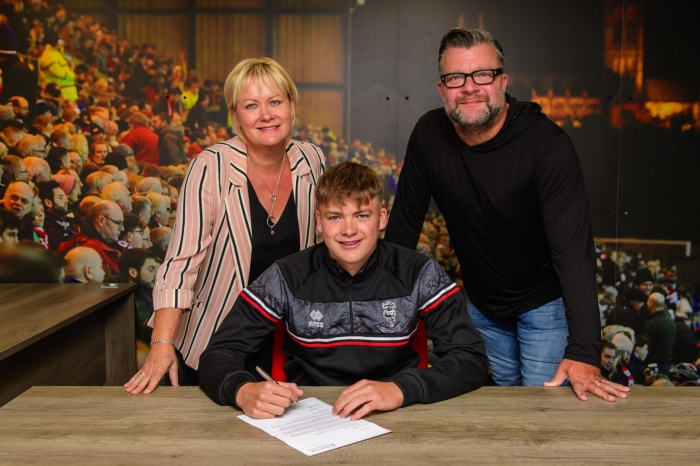 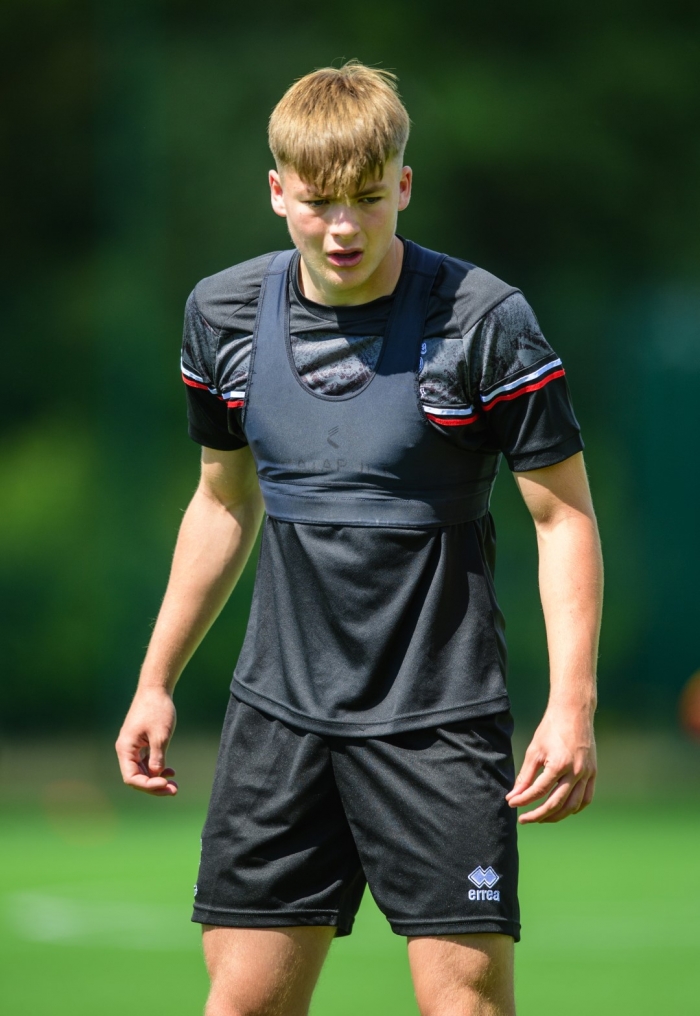 Daisy’s winning image shows her practising her Pony Club Team Jumping at home with her best friend Megan. The girls cleverly included the family cars in the shot and timed their ponies’ jumps to perfection.

Both girls are excited about their prizes which include tickets to horse events and new grooming kits for their ponies. Daisy said, “I was really shocked to find out that we had come first as I didn’t expect to win. It was fun taking the photo and I am very pleased with my prize.”

Daisy’s Form Tutor, Kieran McCullough, said, “I was delighted to hear of Daisy’s success, her photo is so original, I am not surprised it won!”

Well done Daisy, we think your photograph is super, and we hope to see you competing for Princethorpe soon. 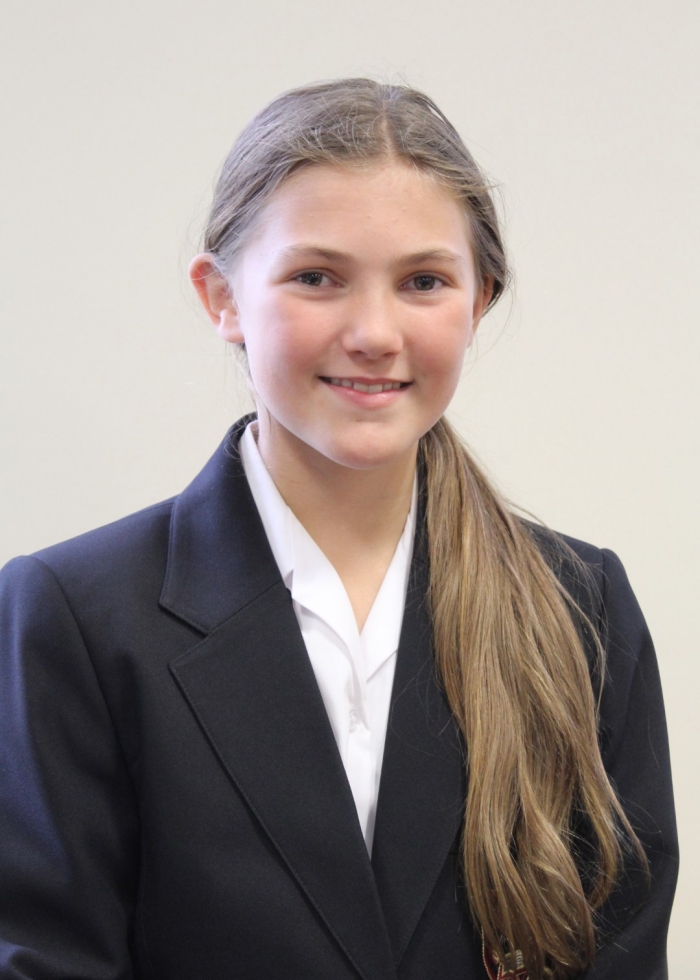