Following on from the success of our Former Parents’ Brunches the Old Princethorpians are hosting a Former Parents' Afternoon Tea. The event will take place on Saturday 6 April 2019 from 2.00pm - 4.30pm in the College's Sixth Form Centre. In addition to catching up over a leisurely complimentary afternoon tea visitors will be able to take an optional tour of the school campus and help our archivist, Janette Ratcliffe, puts some names to faces on some of the class photos.

Many former parents will have spent a considerable amount of time at Princethorpe over the years, supporting their children in different ways and may miss the involvement in school life. The Old Princethorpians' Association hope that the fromer parents events offer opportunities for them to reconnect with the College and each other in an informal, friendly environment.

If you would like to attend please RSVP with the name of your child/children, the number in your party and any special dietary requirements to oldprincethorpians@princethorpe.co.uk or call Melanie Butler on 01926 634284 by Friday 29 March.

Places are limited and will be allocated on a first come, first served basis. Please help spread the word amongst former parents!! 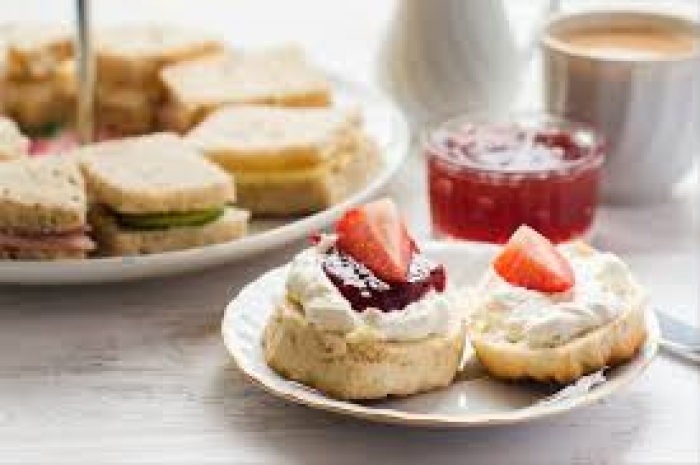 We will be meeting in the upstairs Function Room which has its own bar. The OPs Commitee will be laying on a delicious hot and cold buffet, so do let us know by emailing oldprincethorpians@princethorpe.co.uk if you are able to attend so we can cater for you.

Partners and friends are most welcome. We look forward to seeing you there! 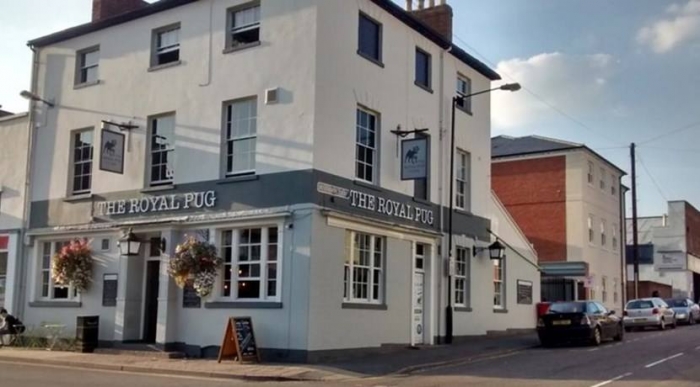 We warmly welcome you to an informal evening of scripted and devised work from KS4 Drama pupils.

Our Year 11s are busy in the throes of preparing their two extracts for their GCSE exam and Year 10 will be presenting their original pieces.

Please come and support them as they would love to hear your feedback.

Please note that this evening is recommended for 14+ as there are themes and language of strong content.

Tickets are not required for this event, but please let us know if you would like to attend by emailing vickyroberts@princethorpe.co.uk by 10am on Monday 4 March. 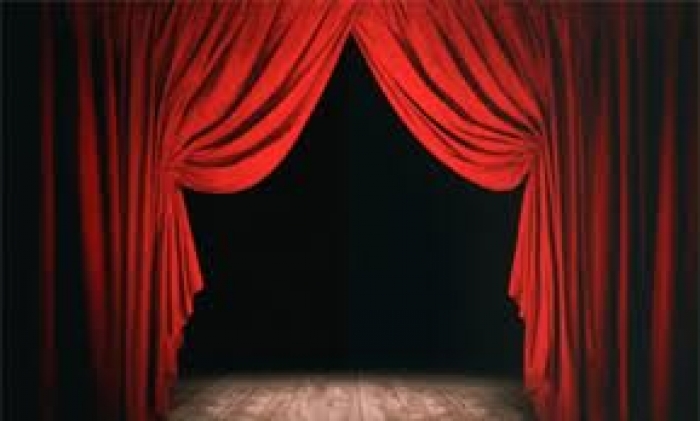 Our February read was The Guernsey Literary and Potato Peel Society by Mary Ann Shaffer and Annie Barrows.  The book offers a good mix of both comic and tragic themes, with a love story thrown is as well.  The background to the German occupation of Guernsey had clearly been carefully researched with the hard lives and deprivations of the Todt workers depicted quite graphically.  We were interested to see that there is certainly more to the novel than the film.

Our next meeting will be on Wednesday 6 March in the Library at 7.30pm.  We have opted for non-fiction this time and will be discussing The Wild Places by Robert Macfarlane, a very engaging writer who celebrates the wildness that remains in our over-populated islands.  The book comes highly recommended and we look forward to some no-fiction for a change.  We always welcome new readers so please join us whether or not you have read this book, either to share your own reading enthusiasms with us or to get a few recommendations for future reads. 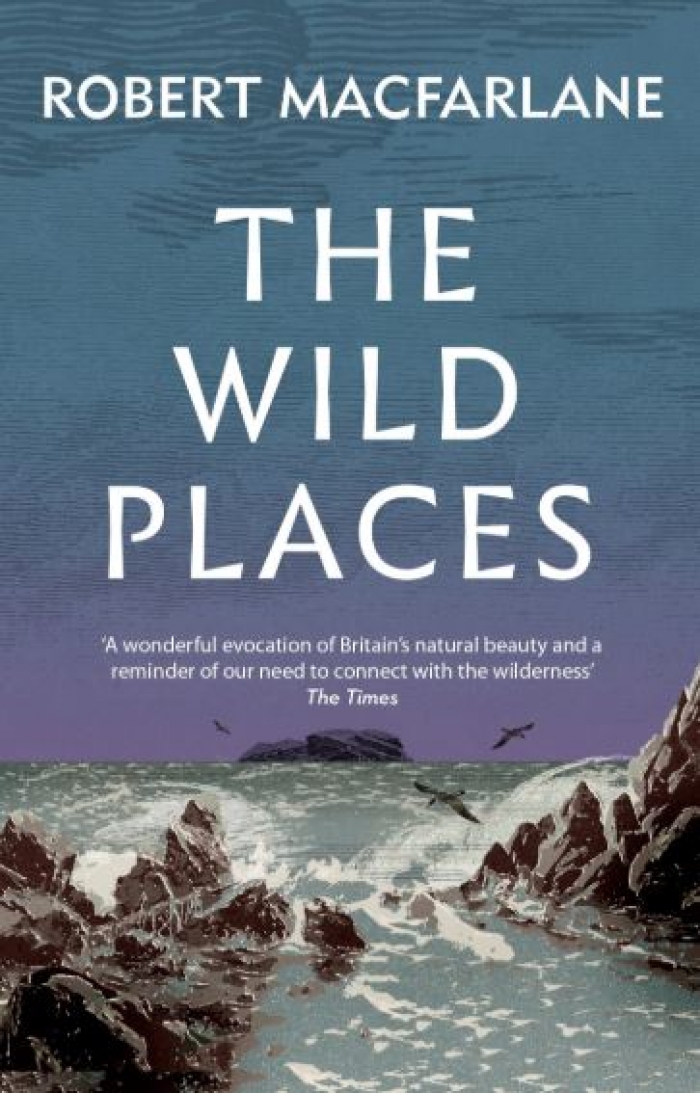 Tickets for the quiz, including a fish and chip supper followed by an infamous Princethorpe cookie, are £7.50 per head.  The PTA will be running a raffle and a paying bar on the night and the quiz will be hosted by our very own quizmaster Mr Ed Hester.

It will be an enjoyable evening for all and an opportunity to test your wits with any points awarded on the night going towards the final tally for your child’s House.

You are welcome to put together your own House team, but this is not essential as they can be created on the night.

To purchase/reserve tickets please click here to complete the form and return to the Student Hub for the attention of Anne O’Rourke, PTA Treasurer, via your child, by Monday, 4 March in order to enable us to plan our catering.

Whilst tickets must be reserved in advance for catering purposes, payment can be made on the night or by sending cash or cheques (payable to Princethorpe College PTA) into school for the attention of Anne O'Rourke, PTA Treasurer.

We look forward to seeing you there. 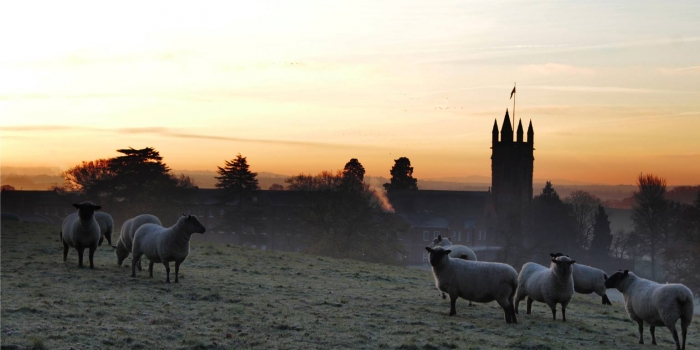 Crackley Hall and Little Crackers, Princethorpe's junior school and nursery in Kenilworth, is opening its doors for a Spring Open Morning on Saturday 9 March from 10.30am to 12.30pm.

This is a great chance to look around the school and nursery at the weekend and to chat to staff and pupils. Junior 5 and 6 pupils will act as tour guides and there will be music and sport activities on display. Light refreshments will be available.

Registrations are now being taken for Nursery, Reception and Year 3 for September 2019 admissions, limited places are available in other Years. The nursery is open 51 weeks a year and is carefully structured for two-year olds, three-year olds and pre-school.

All are welcome to look round the school, and to meet staff and pupils. No need to book.

Please email Mrs Jenny Vaughan, Admissions Secretary at jennyvaughan@crackleyhall.co.uk or call her on 01926 514410 for more information on the Open Morning and admissions process. 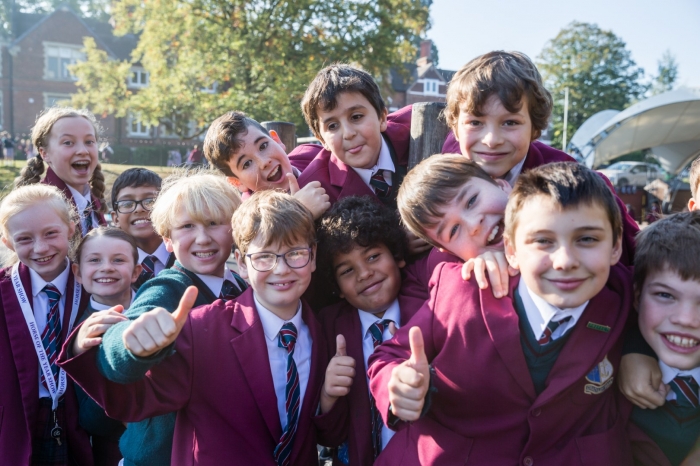 As Mothering Sunday falls on the last day of March this year, it seemed a fitting tribute to mothers to reflect on their sacrifice during the First World War. Some mothers lost all their sons in the conflict; all mothers were affected by what their beloved sons had endured.

For many soldiers dying in hospital or on the battlefields, their last words concerned their mothers. Men relied on supportive letters from their families and found solace in memories of maternal love, warmth and protection as they faced the horrors of industrialised warfare.

In their letters home, they usually presented a positive image of life on active service to avoid causing anxiety. Poignantly, before a major battle when the chances of survival were slim, many wrote touching farewell notes expressing gratitude and love.

This illustrated talk will focus on eleven people whose letters provide a moving insight into the enduring power and comfort of love. 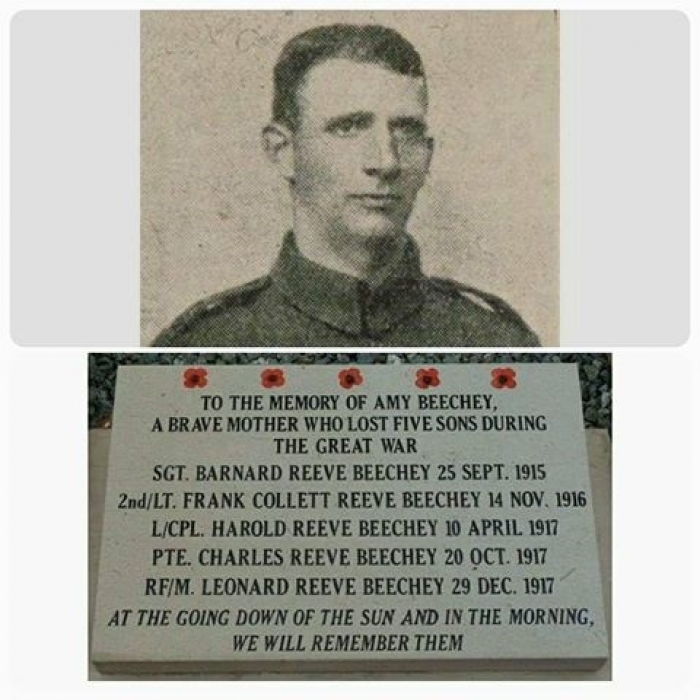 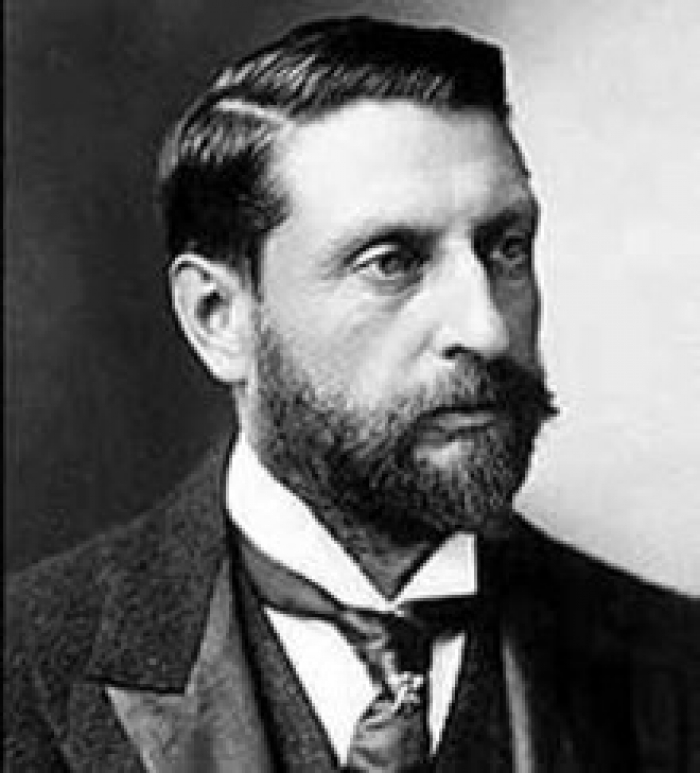 The College will be holding a Spring Open Afternoon on Sunday 24 March from 2.00pm to 5.00pm. All are welcome to visit the College and younger visitors are encouraged to participate in the many fun subject related activities around the various departments.

The Headmaster will address visitors during the afternoon and refreshments will be available.

As usual we'll be looking for help from pupils to help around school, talking to visitors and taking part in activities around the various departments. 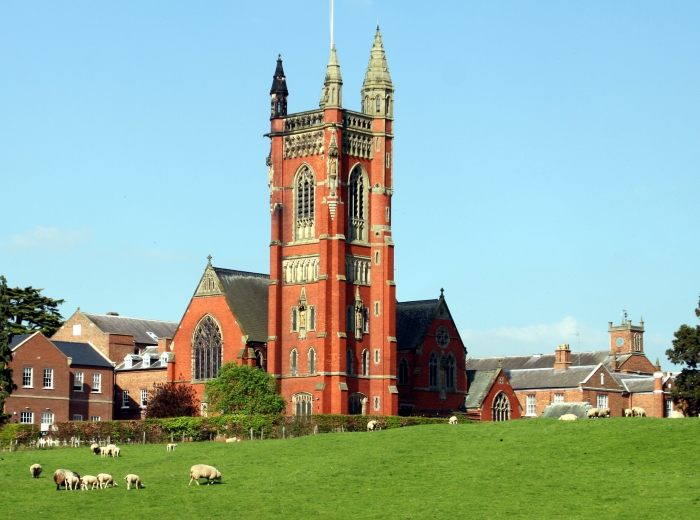 Invitation To The LAMDA Showcase Evening

We are delighted to welcome parents and friends to this informal evening where you will have the opportunity to see our more advanced LAMDA students perform some of their examination pieces. Please note that the material is age appropriate and may not be suitable for very young audience members.

Tickets are not required for this event. Refreshments will be served after the performance when our LAMDA teachers look forward to meeting you.

Individual performers will be contacted directly through their LAMDA teacher. 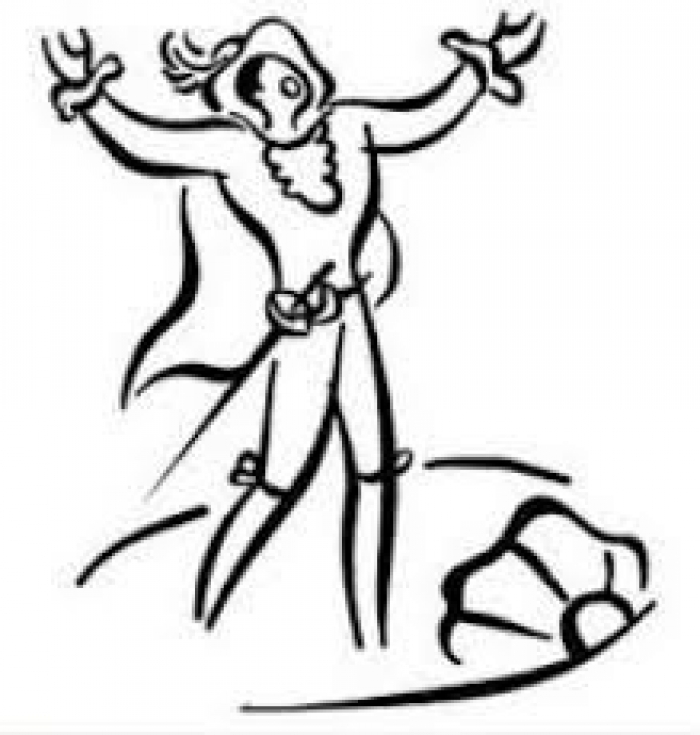 Fr Teddy O'Brien MSC and the parishioners of St Anne's, Wappenbury invite you to celebrate the Easter week services with them as detailed below:

For further information about the parish of St Anne's please click here. 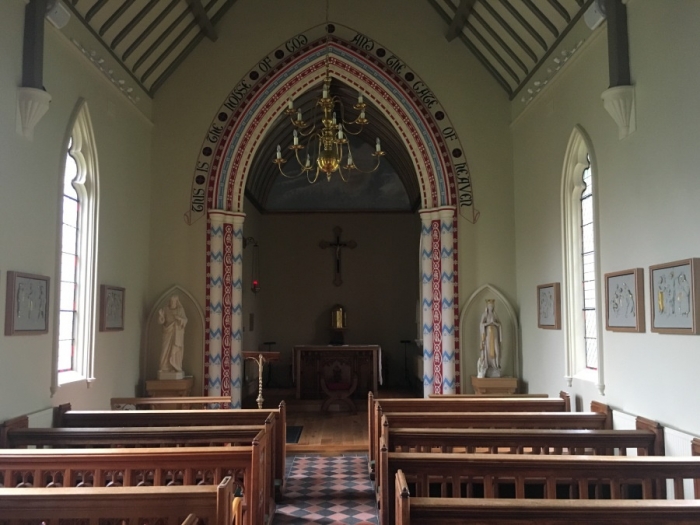 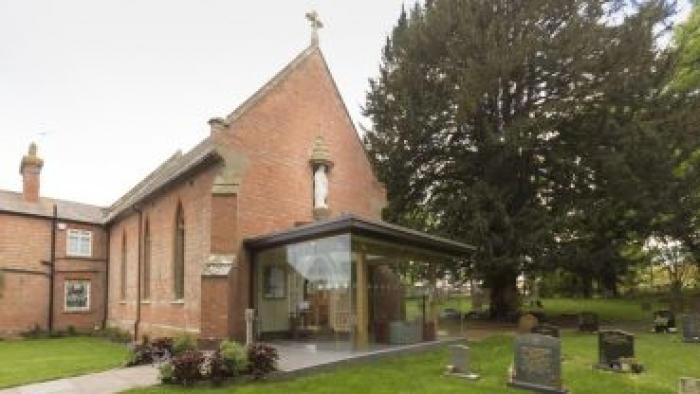 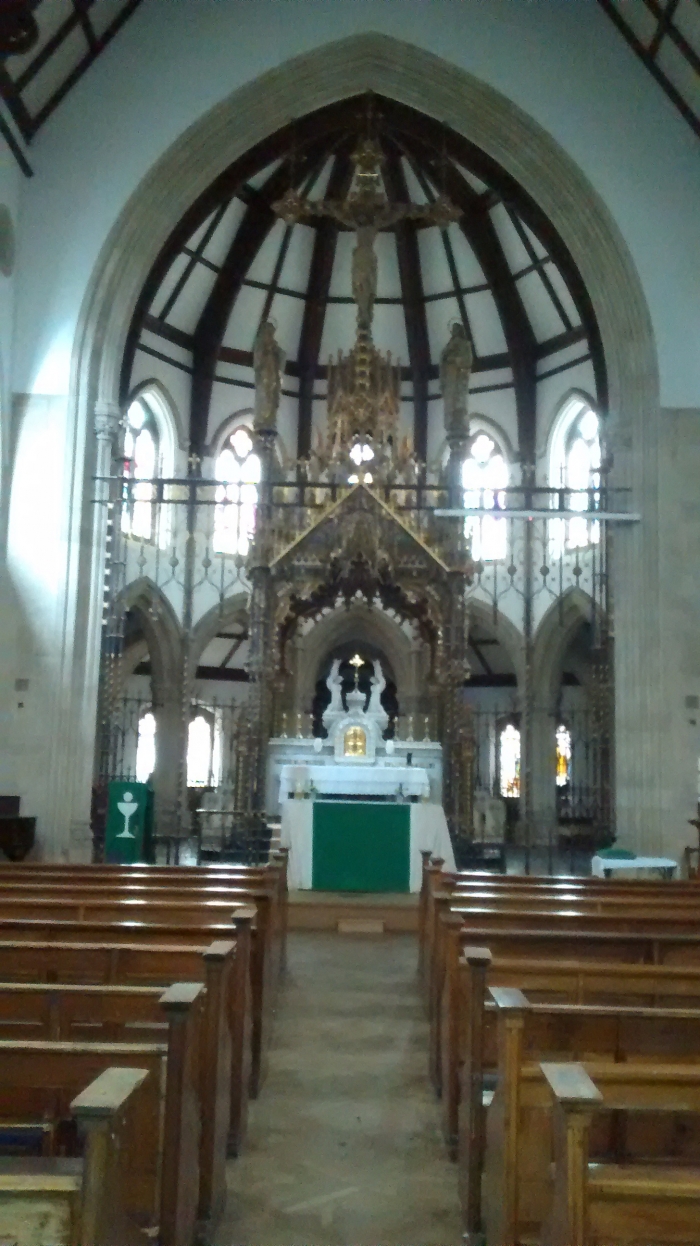