Celebrating Pupil Achievements Outside Of School

Assistant Head, Co-Curricular, Neil McCollin is always keen to hear of pupils’ endeavours so that we can celebrate their commitment and dedication, so do please continue to share their news.

Across the Trinity Term:

Year 7 pupil, Henry Jeffries came first in his age category in the West Midlands orienteering championships that took place on the last weekend in May.

Year 8 pupil, Topsie Egan completed the Dare Skywalk and Abseil at Tottenham Hotspur Stadium to raise money for The Children’s Air Ambulance charity, together with her Dad, Topsie managed to raise £2080!

Year 8, Fin Calder and, Year 7, Marco Rodriguez Hernandez took part in the UK U13 Festival of Hockey Championships. Playing for BAHA (British Asian Hockey Association) the boys finished top of their pool, then in the knock-outs won against West Panthers 2-1 but lost the final to a very strong Tensworth team. Well done to both boys and especially to Fin, who on the basis of his performance, has been selected for the UK Lions U13 squad for the next 12 months.

We congratulate them all.

As we look ahead, I am delighted to announce that residential trips will be returning next term. As always, we will be monitoring Government guidelines but planning is full steam ahead for the following trips:

More trips will be announced soon and Evolve emails detailing the sports fixtures will be sent to parents shortly.

The provisional Co-curricular programme for the Michaelmas term can be found here so have a look to see what the next academic year has to offer.

Have a lovely summer and I look forward to seeing you all in September. 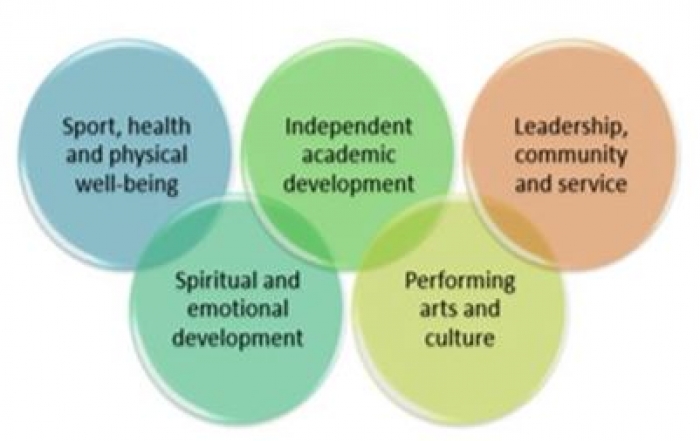 Well done on your commitment to the Duke of Edinburgh's Award Scheme this year. 363 pupils have completed a DofE expedition since last July, an outstanding effort by all involved. Please continue to log your hours and sign off your physical, volunteering and skills sections over the summer holiday. Once these have been approved on eDofE you will receive a Certificate of Achievement from DofE Central Office for completing this element. Full Award Certificates will be distributed at the Presentation Evening in the new year.

Please be reminded of the remaining expedition dates for the 2020-21 cohort:

I will contact Gold and Bronze DofE participants and parents in due course to confirm the final details for these expeditions.

I hope that being involved in the Award Scheme this year has provided a welcome focus and distraction from covid. Seeing you all outside, working together and helping one another has been a great privilege.  I hope you have enjoyed the challenge; now is the time to complete it by signing off your award.